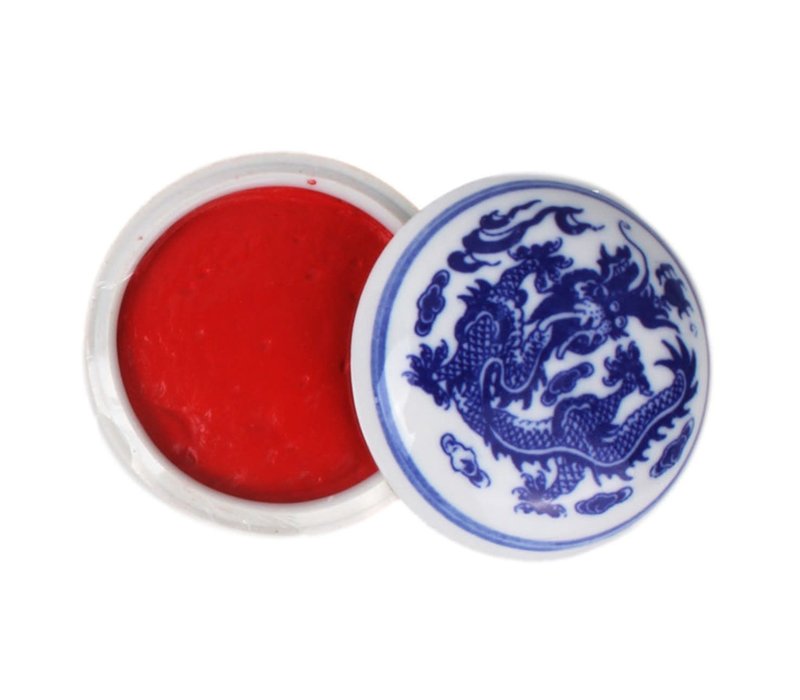 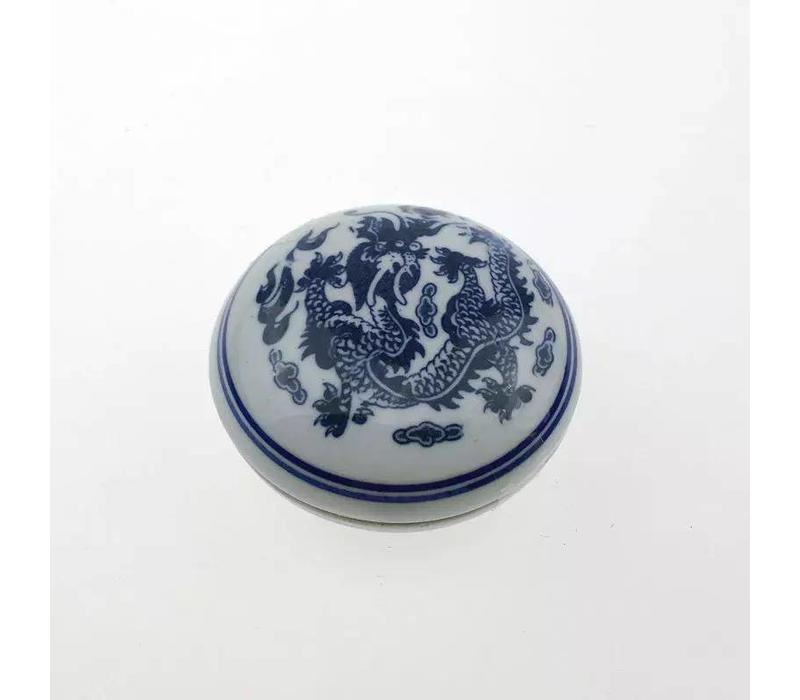 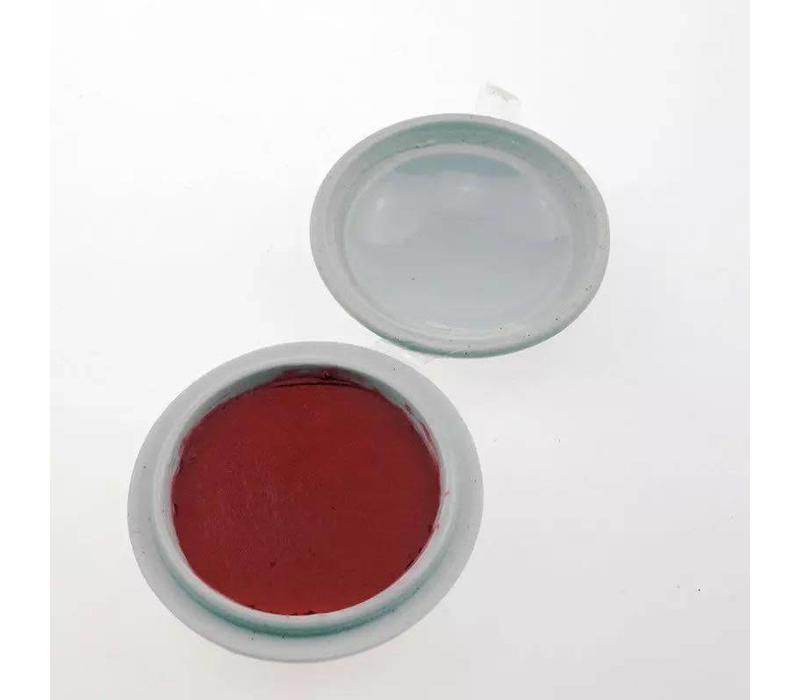 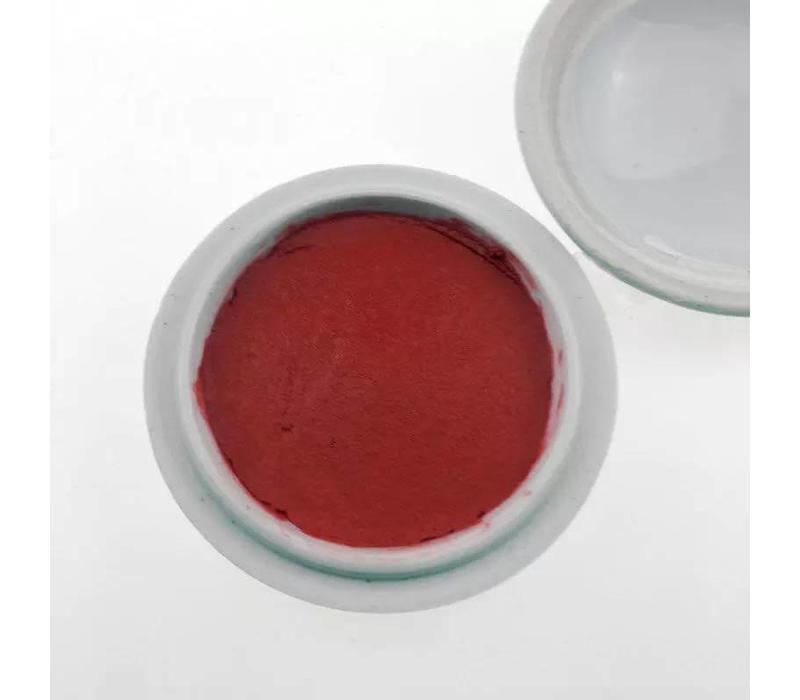 The Seals have long been used as a signature in calligraphy and sumi-e painting artworks to tell the author's name and/or his love in art and nature, ambition, or his belief in Buddism. Hence, traditionally, important documents and gorgeous calligraphy pieces were finished with a personalized stamp from the calligrapher. Just like a signature finishes an art piece nowadays. This Seal Paste from Fine Asianliving is a red seal paste, the traditional color paste seals are dipped in before being transferred to the artwork by a seal stone.

Making this seal paste extra special is the fact that it comes in a porcelain seal paste container adorned with two blue dragons chasing each other. Since in ancient times it was said the dragon was one of the most powerful living creatures, and blue has been a traditional sign of immortality in China, this container will add an element of tradition to your art studio.